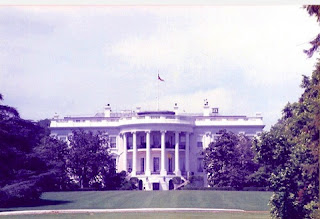 AN ACCUMULATION OF MY FB POSTS AND TWEETS FROM BLACK TUESDAY UNTIL TODAY:

For those of you devising strategies for the future, please consider the following. It was incomprehensible to us that people would vote for Trump in the face of overwhelming evidence that they should not. The answer lies in what I discovered in 45 years as a trial lawyer: most people act on FAITH, not EVIDENCE. They have "gut feelings," rely on "common sense" and beliefs that lead them to ignore facts, no matter how evident. Now, it must be said, liberals are not immune from this. (How else was OJ acquitted?) But generally, we believe in science, documented proof, data while they rely on prejudice (which just means pre-judging things based on bias). THESE THINGS ARE DEEPLY CULTURAL and inbred, encouraged by strong religious values. GOOD NEWS: they are weakening, very gradually, through education, exposure to OTHER IDEAS AND DIFFERENT PEOPLE. It has resulted in PROGRESS, but the opposition is stubborn. Good luck and be patient and persistent. OUT.

I think it is hard to do: we don't work on faith rather than evidence. Our tolerance and reason demand temperance not passion. Our motto is often: "It depends." We don't hate the other, but want to understand her POV and feel their pain. Should we be more like them - Bernie wants a revolution. Is he wrong?.

Hey take heart. Trumps admin is DOA. He can't do what he promised. High pay manufacture jobs won't come back. He can't stop globalization. If he sends US troops to Mid East he will be Bush III. If Iran goes nuclear Israel will moan. Dismantling Obamacare will be a disaster (his favorite word). Corruption and incompetence will be rampant. The real lasting damage will be the Supreme Court which was always the real prize.

The blue collar rust belters bought a final con. Trump will get their high pay manufacture jobs back from Mexico? They are about to get another education - in Trump U!

Californians kept the death penalty in fact voted to expedite executions Then celebrate by getting high on weed.

An old man's survival advice: the last time this sort of thing happened (1968-1992) - we found refuge in family and friends who share our values. Wish the same now.

The white uneducated racist sexists won their country back. Lets see how they make it white and dumb again.