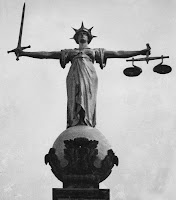 Guest Post by Bill Collins:                            I tried to ignore it but when I heard  Chief of Police Billy Lee of the Sanford Police Department explain why no arrest had been made of Mr. Zimmerman, the shooter of Trayvon Martin I could no longer resist.
So I called his office and spoke with a woman who claimed to be his assistant. She asked me if I had read the legislation involved, (Florida Statute Title XLVI chapter 776 et. al.)
I said I had,  and that it was more than the chief had apparently done, and that I had a question for the chief. She took my contact information, but I guess
he is busy with other matters.

It is unfortunate that the news media, including such liberal and progressive outlets like MSNBC that prides itself on accuracy has also presented so called experts , who have made matters worse. Their explanations make me wonder have they read the statute ? Their focus has been on what they call "stand your ground" provision of section 776.012 (which is not unique or unusual except for its reference to
section 776.013):
"... However, a person is justified in using deadly force and has no duty to retreat if : (1.) He or she reasonably believes that such force is necessary to prevent imminent death or great bodily injury to himself or herself or another,or to prevent the imminent commission of a forcible felony; or (2.)
Under those circumstances permitted pursuant to sec. 776.013 For clarification Chapter 776 of the Florida Statutes is entitled "Justifiable Use of Force".

The chapter contains 11 subsections. Two are pertinent here. The above referenced section and  776.013 entitled " Home Protection; use of deadly force; presumption of fear of death or great bodily harm."

This is where the Florida statute  deviates from traditional criminal law. When self defense is used, traditionally it is raised by the accused or defendant in a criminal proceeding. The question of whether the shooter, as in this case Mr. Zimmerman had a reasonable fear of imminent death or great bodily injury would be raised by him in the trial, and ultimately would be a question for the jury to decide.

Section 776.013 requires that the prosecution negate the existence of  self defense  in his presentation of the case.

Section 776.013 Home Protection; use of deadly force; presumption of fear of death or great bodily harm.

Unfortunately there is no short cut , you must read the statute to understand why there is so much confusion.
(1,) A person is presumed to have held a reasonable fear of death or great bodily harm to himself ... when using defensive force that is intended or likely to cause death or great bodily harm to another if: (a.) The person against whom the defensive force was used was in the process of unlawfully and forcefully entering, or had unlawfully and forcibly entered a dwelling or residence ...

The irony here is that section 776.013 (Home Protection) has no application at all since the foundational elements are missing, to wit: the person against whom deadly force was used had to have been in the commission of a burglary. Not only is there no evidence that Trayvon Martin had committed any crime; there are no facts which support a reasonable belief that Trayvon was committing or had committed a burglary.

This case should be governed by the normal rules of self defense as contained in section 776.012 referenced above. Further, self-defense is not available to Zimmerman if he was the aggressor. By all accounts he does appear to be just that.

As for Billy Lee, his misapplication of the law to the facts of this case and his failure to arrest Mr. Zimmerman can only be attributed to massive incompetence or dishonesty. I was hoping for the former but I fear it is the latter.