MORE THAN 12 LIES ABOUT JUSTICE 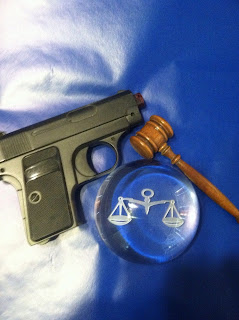 The website for Business Insider Magazine recently summarized an article written for Georgetown Law Journal by Hon. Alex Kozinski, who has been a judge on the U.S. Circuit Court of Appeals since 1985 (appointed by Ronald Reagan).
The headline the magazine chose for this article is

No one who reads this blog over the years should be surprised by any of Judge Kosinski’s observations. I have mentioned many cases that were reported in legal journals or in general news media that made the same points. Nonetheless, here is the LIST of MISCONCEPTIONS that Judge Kosinski “identified.”

1. EYEWITNESSES ARE HIGHLY RELIABLE
As I have reported many times, the truth is that eyewitness testimony is among the LEAST RELIABLE forms of evidence. The myths perpetuated by so-called common sense, such as “I’ll never forget that face” . . . “ are wrong. False ID’s account for up to a third of convictions of the innocent, including those who have been executed.

2.  FINGERPRINT EVIDENCE IS FOOLPROOF
As with most forms of forensic evidence the reliability varies greatly with the degree of integrity, competence and intelligence of the expert examiner. Fingerprints can be planted, forged, misread. Experts are rarely independent; rather, they are employed by police or prosecutor, therefore are often biased.

3. OTHER TYPES OF FORENSIC EVIDENCE ARE SCIENTIFICALLY PROVEN AND THEREFORE INFALLIBLE
In many cases DNA testing has proved that the wrong person was convicted. Studies show that the evidence that misled the jury was often given by EXPERTS asserting the infallibility of their field, including BLOOD STAIN / SPATTER; ARSON; FOOT AND SHOE PRINT; TIRE PRINT; HAIR COMPARISON; BALLISTICS COMPARISON . . . The truth is that the scientific foundations of these fields are dubious, often amounting to mere guesswork by the expert (who is usually employed by the prosecution).

4. DNA EVIDENCE IS INFALLIBLE
There is an irony here. When used carefully, DNA evidence can be effective to prove or to disprove identity. However, in practice, it is just as fallible as any other science based tool, depending on the handling of the evidence from start to finish. Additionally, the statistical assumptions regarding racial and ethnic genetic characteristics that underlie its accuracy have been called into question. The FBI recently acknowledged such “mathematical flaws.”

5. HUMAN MEMORIES ARE RELIABLE
A corollary to the ID problem is the myth that the mind is like a recorder, capturing experiences which can be replayed accurately. This has been proven to be untrue. Memories are subjective, colored by fear, prejudice, and many other factors that influence perception.

6. CONFESSIONS ARE INFALLIBLE BECAUSE INNOCENT PEOPLE DON’T CONFESS
Kosinski debunked that claim. Truth is that interrogation techniques, not necessarily torture but almost as coercive can often adduce false confessions.

7. JURIES FOLLOW THE JUDGE’S INSTRUCTIONS
The law assumes that jurors understand and follow the rules as laid out by judges in their oral and written instructions. This is called “a legal fiction.” Kosinski observes that courts have no way of knowing is jurors actually do that. From my experience, I believe they frequently do not understand the details of the legal principles, and that they ignore admonitions by the court all the time. E.g.: “You are not to consider evidence that is stricken” . . . “You are to ignore that answer” . . . “You are not to form any opinion until all the evidence is in” . . . “You are not to discuss the case with anyone else.”

8. PROSECUTORS PLAY FAIR
Kosinski points to the many cases that have come before appellate courts in which it was shown that prosecutors concealed evidence that pointed to the innocence of the defendant. This violation of the Constitution has resulted in many reversals, but sadly many more cases in which the appellate judges (a majority are former prosecutors) have called “harmless error.” Even when they have found egregious misconduct, courts very rarely punish the trial prosecutor, who might have conspired with police to railroad an innocent person.

9. THE PROSECUTION IS AT A SUBSTANTIAL DISADVANTAGE BECAUSE IT MUST PROVE ITS CASE BEYOND A REASONABLE DOUBT
In rebutting this false belief, Judge Kosinski mentions a factor that I have often found to be true. The defense is at a disadvantage because of the inherent structure of our trials. The prosecution goes first, in argument, in presenting evidence and in closing. This is due to a concept of fairness because it has the burden of proof. But as Kosinski observes, "whoever makes the first assertion about something has a large advantage over everyone who denies it later."
Also, the concept of “reasonable doubt” is so vague that it allows conviction on as much or as little evidence as the finders of facts wish.

10. POLICE ARE OBJECTIVE IN THEIR INVESTIGATION
Investigators of crime have been shown to alter or remove evidence, unduly influence witnesses, extract false and involuntary confessions, manipulate the circumstances of cases in order to achieve their favored result, which in almost all cases is a conviction. The attitude of police officers is all too often, “I know this person is guilty, so justice is served even if the rules are bent a little to get justice.”

11. INNOCENT PEOPLE DON’T PLEAD GUILTY
The system is designed to coerce guilty pleas. Prosecutors often OVERCHARGE defendants. If a person is exposed to life in prison he is prodded to take a plea bargain for a lesser sentence. Criminal defendants are often people who have long distrusted the fairness of the system, believe the deck is stacked against them. They distrust the competence and good faith of their appointed counsel – and in far too many cases this distrust is justified.

12. LONG SENTENCES DETER CRIME
Among western nations, the U.S. has by far the highest per capita prison population (716 prisoners for every 100,000 people). "As with much else in the law, the connection between punishment and deterrence remains mysterious," Kozinski writes. "We make our decisions based on faith."
I have watched the evolution of California sentencing laws since 1968. The legislature – encouraged by the Initiative process – has upped sentences for almost all crimes for the past 40 plus years to the point that one of every four African American men between the age of 18 and 30 is either in jail, prison, on probation or parole. The prisons warehouse thousands with no program or hope for rehabilitation.

Off the top of my fading memory, I would add these lies to Judge Kosinski’s list:

JUDGES ARE IMPARTIAL
In California, most Judges are appointed by the governor. Whereas in the past, appointments were a reward for party loyalty or to honor eminent lawyers such as senior partners at prestigious firms, judges are now chosen to carry on the program of vigorous law enforcement. To insure few embarrassments, prosecutors are elevated to the bench as soon as they qualify. For political correctness, a fair percentage of women and minority racial and ethnic prosecutors are picked. Almost all these appointees see their duty to continue the job they started as prosecutors . . . which includes protection of their colleagues in their former office and the other law enforcement agencies.

THE GUILTY ARE OFTEN FREED BY LIBERAL JUDGES ON TECHNICALITIES
Wrong on so many levels it is hard to begin. “Technicalities” such as those in the 4th, 5th, 6th, and 8th Amendments to the Constitution are insured by excluding evidence obtained in violation. That is the principle, but in practice, such rulings are rarely made. It is even less likely that excluding bits of improperly obtained evidence results in acquittal or dismissal.
Second misconception is that judges are “liberal.” In California, as I have shown, governors beginning with Ronald Reagan and including a succession of Republican conservative and nominally Democratic governors (e.g., Grey Davis) cautiously appointed “safe” judges who would not embarrass their tough on crime agendas.
Third, appellate courts rarely reverse convictions on any ground, much less on so-called “technicalities.”


Although delays can result in bad results – eg: loss of evidence, absence of witnesses – delays sometimes insure justice. This has been proven by the discovery of DNA evidence for use in cold cases which have lingered unsolved. It has also uncovered unjust convictions and freed prisoners who have serve 10, 20, 30, or more agonizing years behind bars for crimes they did not commit. Capital cases are no exception to this. The expense of multiple appeals and the use of habeas corpus to review these cases has annoyed those who call for “speedy justice.” But the price of speed has been and will surely continue to be the execution of innocent people.
Posted by Mortimer at 10:48 AM No comments: Links to this post